On 11–12 November 2019, Globethics.net, in partnership with the Catholic University of Eastern Africa (CUEA), held an international conference on the theme of Preparing Ethical Professionals through Higher Education. The event was hosted at the university's Lang' ata Campus in Nairobi, Kenya.

The conference also saw the launch of the recently released publication 'Mainstreaming Ethics in Higher Education', which showcases the outcomes and research following the 2018 conference. Dr Sarag Kibugi, Globethis.net Eastern Africa Regional Programme Director, chaired the launch that was attended by the book contributors and faculty of the university. 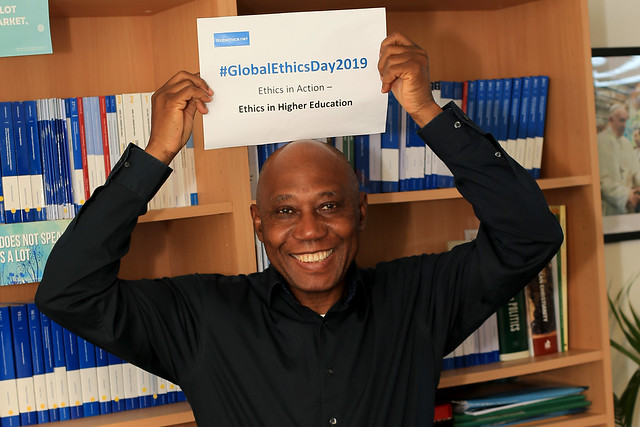 As a result of this year's conference contributions, a call for papers has been issued that will produce a publication (to be launched in 2020) featuring research on the role of higher education in preparing ethical professionals.

The Catholic University of Eastern Africa is a founding institutional member of the Globethicsnet Consortium for Ethics in Higher Education.