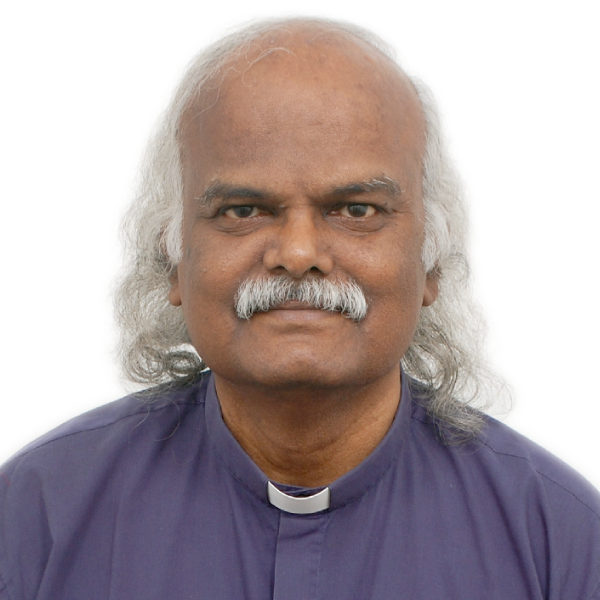 Rev. Dr Joseph Gnanaseelan Muthuraj was born in 1952 in the state of Tamil Nadu, South India. He was baptised in the Church of South India (CSI), a united church of Anglicans, Methodists, Congregationalists and Presbyterians. He studied theology and was ordained in the 1980's. He defended his doctoral degree in the field of New Testament at the University of Durham, UK. For Dr Muthuraj, "Ethics and moral behaviour are fundamental to the ordering of social relationships and cultivation of personal character and hence they are important parts of theological inquiry."

In 2015 he published the volume ‘Speaking Truth to Power' with Globethics Publications in response to constitutional amendments being made within the CSI and court cases for fraud and corruption being brought against the CSI Trust Association. He describes his book as, "a critical prophetic voice, an academic historical analysis, an ecclesiological concept as well as a call for accountability and action". He adds that, "The aim of my book is not to personally attack individuals but to find remedy through a serious analysis of the history, ethics and doctrines of the Church".

Many theological students and teachers in India have bought copies of the book, and copies have been distributed directly to all bishops and members of the Executive Committee of the Church of South India.

After the book was published, Dr Muthuraj was contacted by the Indian government's Serious Fraud Investigation Office (SFIO)to discuss his observations and recommendations. At the time of writing investigations are still ongoing. In the meantime, some leaders of the Church of South India have raised their concerns, questioning the content and the methods of the publication. In January 2017, the Synod of CSI appointed a new moderator and leadership

As he approaches his retirement age, Dr Muthuraj has said that he will continue his efforts to seek the truth and fight for justice in the face of corruption.

Publisher's note: While the views of Dr Muthuraj do not necessarily represent those of Globethics.net, we support his endeavour to create a more ethical world through his writings. We stand with those who promote ethical behaviour through non-violent and legal means, a responsibility for all those who seek to build sustainable, just and peaceful societies.