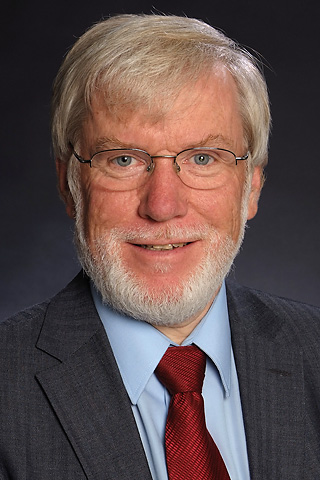 Global justice is a key value of global ethics. It is based on equity of all human beings independent of race, religion, gender, age, language or culture. The call for equity and justice across borders becomes louder and louder in a globalised world. The cry for gender justice is the core demand of the protests in India against the brutal rape of women in India. Tax justice is the core value behind the international efforts for more transparency in financial transactions, fair taxation and reducing tax evasion. Fair democratic rights and political participation is a part of the Arab Spring, which is on-going. Media justice is a key element in cleaning up some malpractices in the media. Religious justice across borders is a key effort behind movements against sexual abuse and against corruption in churches or other religious organisations. Environmental justice means taking decisive steps to protect climate victims and to ensure fair distribution of the limited natural resources.

Globethics.net has now over 72'000 registered participants, many of whom are engaged for more global justice, balancing freedom and justice, free markets and fair markets. Let us continue these efforts for global justice with all of you, with the team in Geneva and in the regional programmes in 2013!

(See also article on global justice in this newsletter)

The Center for International Business Ethics (CIBE) in Beijing, in cooperation with Globethics.net, has launched a new online collection of full text digital documents in Chinese on a wide range of ethical issues, as well as a collection on Confucian ethics.
"China is already the economic powerhouse in Asia. The bigger challenge however is if China also becomes a major player in ethics. The new collection on Chinese ethics may become a major reference to discover and properly value the role of Chinese approaches to ethics," said Dr. Stephan Rothlin, Secretary General of CIBE in Beijing at the launch on 8 December in Beijing.

Prof. Christoph Stückelberger, Executive Director of Globethics.net, emphasised "the importance of global ethics in a globalised world and economy. Global Ethics has to integrate the diversity of contextual values. The two new collections, established by scholars in cooperation with Globethics.net China and CIBE, contribute to the mutual understanding and peaceful cooperation with Chinese culture and values."

For many months now, the Globethics.net team has been working in preparing the migration of its online platform to a new version of the software.
This will bring more technical performance and stability for our growing network and libraries and new functionalities such as sharing buttons with the social networks and an increased user-friendliness in the overall website. We will give you more details in the next newsletter (February) about these features.

We thank you all in advance for your understanding and kindly ask you to send us an email at infoweb@globethics.net if you have any questions or if you notice any problem after the shutdown.

Alliance Sud, an alliance of six development agencies in Switzerland has launched a new multimedia portal that give access to more than a hundred video clips as well as other resources http://www.alliancesud.ch/multimedia . The materials, developed by the documentation centres of the Alliance Sud are grouped into 12 themes, including economy, agriculture and food, migration, politics, raw materials, energy, the environment, cooperation and culture. A mine of information is available through the portal from a wide variety of sources with the aim of giving users access to the materials and to stimulate debate on development issues.  The platform is mainly in French and German but documentaries in English are also as available such as: Rafea: Solar Mama http://www.alliancesud.ch/multimedia/spip.php?article277 or Tobacco Residue: How People and Land in Bolivia Are Affected by Tobacco Growing http://www.alliancesud.ch/multimedia/spip.php?article246.

Global justice in a globalised world is a key topic of ethics and therefore of Globethics.net. Springer Publisher has published a new fascinating, comprehensive and broad ‘Encyclopedia of Global Justice' in two volumes, edited by Deen K. Chatterjee. It includes 1'200 pages with 500 articles in four broad categories of subjects:  a) concepts/theories, b) persons/thinkers, c) institutions/organisations and d) trends/movements/policies/treaties. It covers themes from absolute poverty to Zapatistas, from WTO to consumerism, from retributive justice to prisoners of war, from global ethic to global democracy, from Amartya Sen to Hans Kung, from cyber war to free trade.

Its strength is its scientific depth and broad variety of current and future-oriented topics; the perspective is mainly from political science, social science and philosophy. There are also clear weaknesses: Among the members of the Editorial Board 91% come from North America and Europe, 8% from Asia and nobody from the other southern continents; in the Advisory Board 83% come from the USA and Europe, 10% from Asia and only one each from Latin America and North Africa; among the Contributors the picture is the same with 93% from North America and Europe and nobody from a French-speaking country. It's surprising that a global publisher like Springer with its worldwide network of authors can publish an encyclopedia on global justice with this overwhelming majority of Northern and English-speaking views. The second weakness is accessibility. The two volumes cost CHF/USD 715.50 and for the electronic version CHF/USD 752. This amount represents around half of one monthly salary of a professor of ethics in the global south and one to two month salary of a research assistant in the global south. It means that this encyclopedia is very difficult to access for persons in the global South.

This is where Globethics.net tries to make a threefold difference; 1) to promote such standard works because they are a real contribution to global ethics; 2) to promote publications that are affordable, which is why we offer the online library for free for the community of registered participants as virtual campus; and 3) to be more inclusive, including authors from all continents and different language backgrounds. The publishing competence and economic power of Springer combined with the commitment of Globethics.net to global justice in accessing intellectual production could make together a difference. The Springer Encyclopedia is a very valuable and rich source and worth to read (for those who can afford) and Globethics.net supports access for the economically excluded as a modest contribution to global justice. (CS)

News from the Head Office
New face in the Globethics.net library team 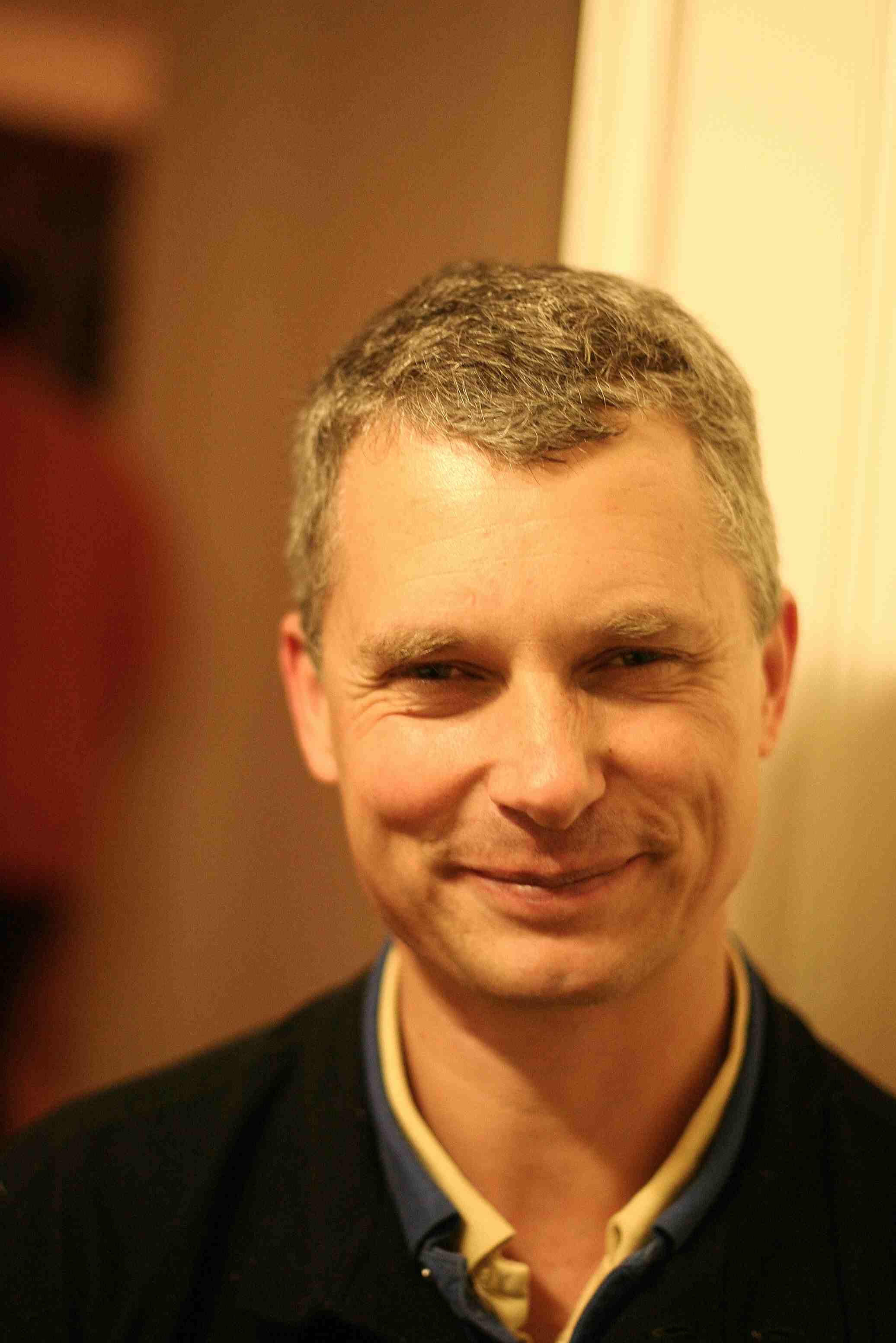 On behalf of the Globethics.net team and Board of Foundation, grateful thanks are given to all those who responded so generously to the call for support and donations in December 2012 and in January 2013.

As Professor Dr Stueckelberger, Executive Director and Founder of Globethics.net mentioned in his year-end message to participants, "In particular our gratitude is due to our partners and donors  and to the network of individuals engaged in working so hard with Globethics.net around the world who give of their time and resources to ensure access to over one million full-text documents in several languages on ethics and related disciplines free-of-charge to all those who would otherwise not have the possibility to use them."
Christoph Stueckelberger reminded participants in his message to join the effort "to promote respect for values across borders to help us to build together a better world."

The Global Crop Diversity Trust in Rome appointed Ambassador Walter Fust, President of the Globethics.net Board of Foundation, as its Chairman of the Board. Congratulation! This trust is reversing the trend in loss of biodiversity by safeguarding agricultural crop seed-banks in many countries by storing it at safe places and by regenerating seed. The trust is based in Bonn/Germany. www.croptrust.org

News from the Regional Programmes

New Year greetings to all the Globethics.net participants from Globethics.net India Regional Programme!
Globethics.net India launched a national essay competition in October 2012 on the topic "Towards a Corruption Free India: Role of Individuals, Educational Institutions and Businesses." We are amazed by the response from participants all over India.  We received around 100 papers, from students, researchers, teachers, professionals, social activists and many others.

The results will be announced by Second week of February 2013. For latest updates please log in to www.globethics.net.

Awards for the winners:
The best papers will receive a Certificate and cash prize as follows:
1.  First Place (only one entry): ? 20,000
2.  Second Place (2 entries each): ? 10,000
3.  Third Place (2 entries each): ? 5,000
A consolation prize of ? 2000 and Certificate would be awarded to the next 5 best entries.
*The best three essays will be published in our Globethics.net website, and all those articles judged to be of average quality will be documented in Globethics.net library in a special collection on papers competitions. 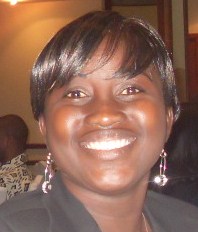 Ms Angèle Kolouchè Biao has been appointed as the new Programme Executive for the Globethics.net Francophone Africa Regional Programme.
Upon receiving news of her appointment she said, "I am delighted to be with Globethics.net. I am sure that I will discover a lot and acquire much experience working together in this big family. I hope that I will meet the expectations of the team and of the network".
The Globethics.net Francophone Africa Regional Programme started in August 2012. The host and partner institution is dynamique OSCAF, a network of non-governmental organisations in almost 20 francophone countries in Africa with its head office in Cotonou, Benin.
Ms Biao joins the two Directors of the Regional Programme, Aurélien Atidegla, President of OSCAF, Benin, and Aliou Barry, President of ReFID, Guinea Conakry to promote Globethics.net in Francophone Africa.
Ms Biao is a translator and interpreter by training and is able to communicate in nine languages: French, English, German, Yoruba, Nagot, Fon, Mina, Ashanti (Twi) and Dendi. Since 2008 she has served as the National President of the YWCA (Young Women's Christian Association) of Benin. With the YWCA she has attended workshops and seminars in Bénin, Ghana, Nigeria, Burkina Faso, Switzerland, Ethiopia as well as international conferences elsewhere. She also coordinates the participation of African Francophones in the African Youth and Governance Conference (www.aygconference.org) that is held every year from the 10 to 12 August.