Call for papers on climate change and security

null Call for papers on climate change and security 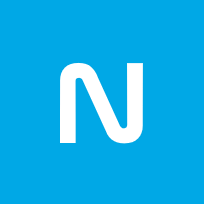 Call for papers on climate change and security

A conference on ‘Climate change and security’ is being organized for the Royal Norwegian Society of Sciences and Letters, on the occasion of its 250th anniversary. The conference will take place 21–24 June 2010 in Trondheim, Norway. The purpose of this conference is to examine the broad security implications of climate change. For the last few years, the debate about climate change has increasingly focused on the social implications, including the implications for security and peace. But as yet there is little academic work in this area. While the science of climate change is well established on the basis of peer-reviewed publications, the literature on the security implications remains more speculative. We aim to move this field forward with the joint efforts of scholars from multiple fields.

Over four days, morning plenary sessions will feature keynote addresses by established names in the field. The afternoon sessions will consist of workshops with research papers selected on the basis of an open call. The first day will present the scientific basis for climate change. A major emphasis will be on the physical effects of climate change, but with particular reference to those effects that are likely to have social consequences, such as droughts, floods, and sea-level rise. The second day will deal with the economic effects of climate change – its negative and positive economic effects, as well as policies designed to respond to climate change. The third day will examine the implications of climate change for violent armed conflict of different kinds (interstate war, civil war, non-state group conflict, genocide and politicide). The fourth day will focus on security in a wider sense of the word, reviewing a wide range of consequences of climate change for human livelihoods, as well the insecurity of climate predictions, and subjective insecurity in facing the future as revealed by attitude surveys.

Following the conference, we hope to gather some of the best papers in a special issue of a relevant journal or an edited volume with an academic publisher.

The conference webpage is found at www.dknvs.no/climsec. You can also go directly to the Call for papers at http://climsec.prio.no/paper_submission.aspx. The Call ends on 31 August 2009.

The organizing committee for the conference consists of Nils Petter Gleditsch, Ola Listhaug & Ragnar Torvik, professor of political science and economics respectively at the Norwegian University of Science and Technology (NTNU).